1st ANNIVERSARY OF FLIGHTS BETWEEN LUXEMBOURG AND WARSAW 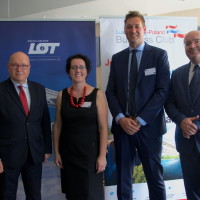 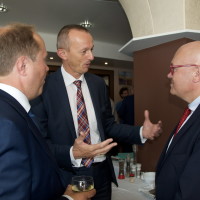 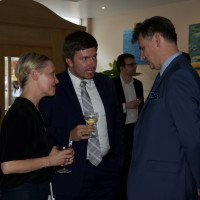 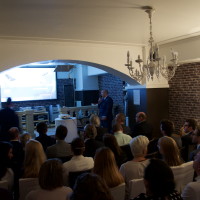 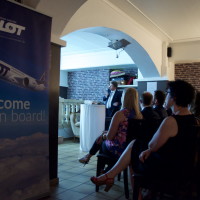 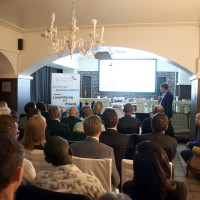 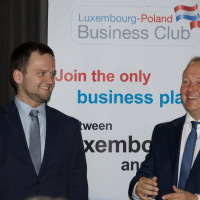 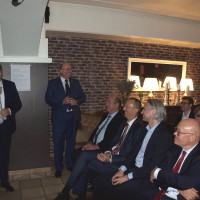 LOT Polish Airlines and Luxembourg Airport celebrate the 1st Anniversary of flights between Luxembourg and Warsaw.

Since the first flight on 01 March 2016, LOT has bean operating 6 weekly flights , providing excellent direct connection between Luxembourg and Warsaw.
In response to the success of the route, LOT Polish Airlines increased from mid May 2017 the number of weekly flights to 11 . The new daily schedule provides Monday to Friday flights to Warsaw , twice a day and offers further excellent connections beyond Warsaw.

LUXEMBOURG-POLAND BUSINESS CLUB was delighted to partner with LOT POLISH AIRLINES & LUXEMBOURG AIRPORT  to celebrate 1st Anniversary of direct flights between Luxembourg and Warsaw ON TUESDAY JUNE 13 2017 at the restaurant NOVA OSADA.
The guests were addressed by the Polish Ambassador to Luxembourg Mr Piotr Wojtczak,  who acknowledge that the route opened new possibilities for business and leisure.

Adrian Kubicki, responsible for PR at LOT Polish Airline gave a speech on the new schedule and the possibilities of connections to  further destinations.

Johan  Vanneste, CEO at Lux-Airport, recalled that he was delighted when LOT announced their Warsaw-Luxembourg route in early 2016; and is even more now that the flights were doubled . He also mentioned that the airline was the first to operate the Boeing Dreamliner in Europe, as well as the 1st to use the Embraer 175 in Europe.

Artur Sosna, Chairman of the LPBC, thanked the Polish ambassador and LOT representatives for attending, and talked about the similarities of connecting people.

Adam Tymofiejewicz of the LPBC invited the attendees to the LPBC next event on July 11.

The evening ended with a walking dinner.

Event:
1st ANNIVERSARY OF FLIGHTS BETWEEN LUXEMBOURG AND WARSAW 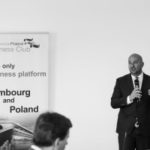 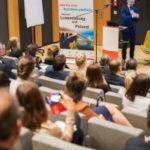